FREE SHIPPING FOR ALL U.K. ORDERS

AJ is an illustrator based in Cornwall, England. Her use of characters comes from being a constant doodler and avid day dreamer. Growing up, obsessively watching 1960 & 70’s cartoons created by Hannah Barbera and others such as Looney Tunes, has evidently influenced her drawing style. Since completing a Masters in Authorial Illustration at Falmouth University, AJ has ventured into the world of comics and story telling. She explores telling tales of human folly through her use of characters.

We absolutely love AJ's work and just had to go with something playful. So we simply gave AJ the working title of "Sniffing The Wrong People" and the results speak for themselves!

We caught up with AJ and asked her the usual questions.

Explain what you do in one short sentence.

Did you study your trade and if so where?

Last summer I completed my master’s degree in “Authorial Illustration” at Falmouth University. Before that I studied illustration at Norwich University of the Arts.

How did you get into your groove?

I always loved creating comics when I was younger. However, a few years ago, when I finished my undergrad, I was creating more 3D work out of paper, stuff that you would see in window displays and advertising campaigns. It was only during my masters that my practice focussed back on storytelling. It took me a long time to realise that I’ve known what I wanted to do since I was 10. Now I’m making it happen and not just working for a paycheck.

How long have you been creating?

As long as I can remember really. I was surrounded by creative people when I was growing up. My mum ran after school art club, my step grandma was an artist and taught me how to paint, and my older brother was always drawing his favourite video game characters. I was always encouraged to be creative. I have a fond memory of painting “Star Wars – The Phantom Menace” characters from a Toys ‘R Us catalogue with my Step Grandma when I was 10.

If you weren't creating what would you be doing?

I have had a handful of strange jobs over the years to support my freelancing goals. From assisting artists, to hand-making high-end boxes, to writing fan mail for a kid’s cereal brand. All of these experiences taught me that the only thing I ever wanted to do was to make a living from drawing and creating. I was also really close to joining the police force when I finished college. PC Higgins still has a nice ring to it.

What’s beyond your wildest dreams?

As boring as it sounds…. buying a house, but it does seem to be a bit of a pipe dream for our generation. The possibility to paint walls whatever you like and put a shelf up without saying goodbye to your damage deposit…..that’s the dream. Perhaps after that, I’ll get some more exciting ones!

Who do you take the most inspiration from and why?

I really admire artists like Alex Gamsu Jenkins and Brecht Vandenbroucke. Their narratives are extraordinarily clever, often leading you to a delightfully unexpected twist. I’m constantly pushing myself to create similar surprises in my work.

Why did you create / choose this piece for the can art?

When Verdant got in touch about doing the cans and gave me the title “Sniffing the wrong people” I burst out laughing. I’m still not sure how this name came about but it sparked off a lot of strange and fun ideas. We wanted to create a comic initially, so I had fun creating a narrative that would fit the name, and work on a beer can. It was a great challenge. I also wanted to try my hand at creating a single image that sums up the name too. So we ended up with two designs! 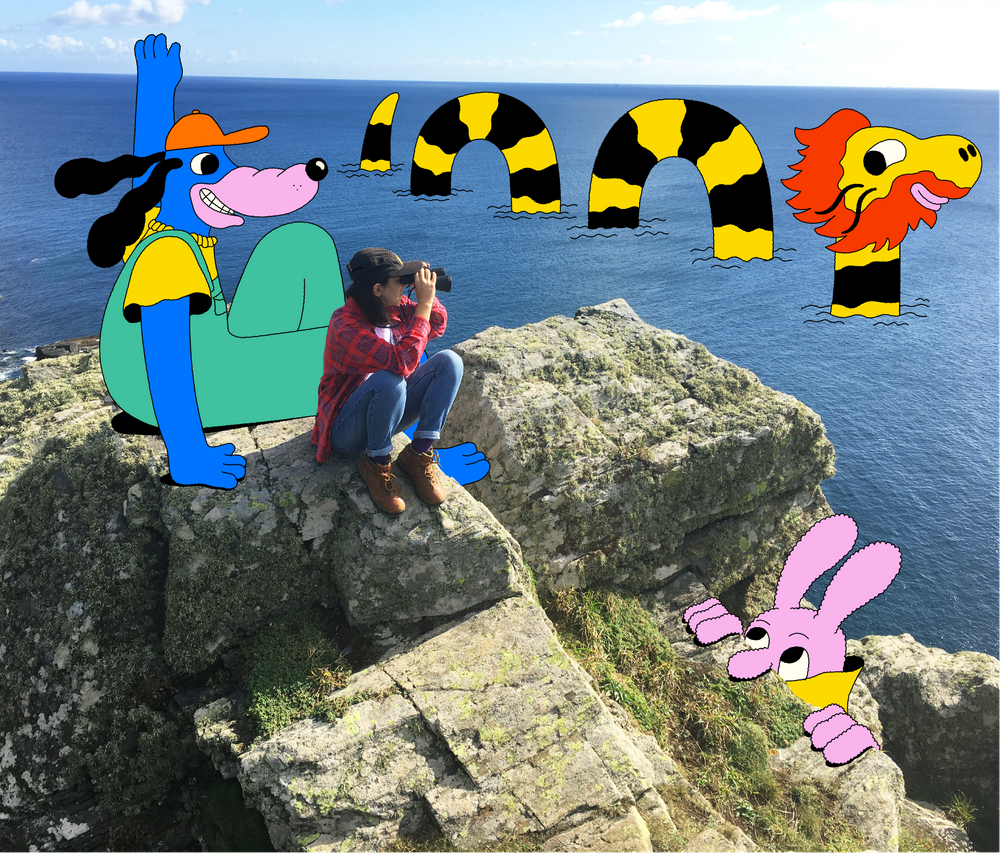 What does Cornwall mean to you?

I moved from London to come down here to do my studies and I knew I would never leave if I could help it. I feel incredibly lucky to only have to walk 10 minutes if I want to stare aimlessly at the sea for a bit of headspace. It still amazes me how blue it is. I grew up in Cumbria so I feel quite at home lost in a boggy field surrounded by cows.

This one! I’ve never had such a funny prompt to work with. But also, my most recent comic strip. I love the journey of going from having a strange thought pop up into my head, to crafting it into a narrative that (hopefully) will get a few sniggers.

Here at Verdant we have been wanting to branch out into other styles for some time. But you know things happened and...

We are currently on the hunt for three new members for the team. Both here at the Brewery and someone to take the hel...